Boogie woogie is a bluesy style of piano playing that features a driving, eight-beats-per-measure bass line. While these early boogie woogie classics stick to solo piano, the style would prove very popular and influential across the entire spectrum of American music in the coming decades. Pretty soon, that “eight-to-the-bar” rhythm would pop up in everything from jazz to blues to country to rock and roll. 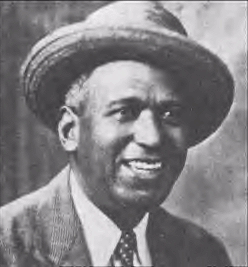 “Cow Cow Blues” was one of the earliest boogie woogie records ever released, and proved popular enough to give pianist Charles Davenport his nickname (although he was not its author). Davenport gives the form a spectacular workout, with his left hand pounding out a fast rhythm that doesn’t slow down until the last note, while his right hand freely improvises at an equally furious pace.

Clarence “Pine Top” Smith was not the first to record a boogie woogie record, but he was the first to have a major hit. Sadly, not long after “Pine Top’s Boogie Woogie” was released, the 24 year old was killed by a stray bullet when a fight broke out at a dancehall. Listen to this record, and you will get a sense of just how big a loss that was. Smith was a fine pianist, but what really makes this record stand out is Smith’s incredible sense of fun. Even as he nimbly moves his hands across the piano at breakneck speed, the melody always sounds relaxed and swinging. And his hands aren’t the only thing in constant motion: so is his mouth as he half-sings/half-speaks dance instructions to an imaginary audience, telling them to “boogie woogie,” “mess around” and “shake that thing!” After each verse he interjects, “That’s what I’m talkin’ ‘bout!” And, especially after the final verse, the excitement in his voice and in his piano is so infectious, it is almost impossible not to obey and “shake that thing!”