When I get to heaven, the very first thing I’m going to ask is to hear what Charley Patton’s singing and playing sounded like without all of the crackling and popping. Patton is one of the giants of the Delta blues, and the style’s first big star. Unfortunately, he recorded for the Paramount label, which was infamous for making records out of inferior, easily-scratched materials. In addition, when Paramount went out of business, they melted and sold all of the masters for scrap, so those few scratched records that survived are all we have left. Be forewarned here, the sound of these recordings is distractingly poor. But if you can focus past the hissing, you will be rewarded with some of the most exciting blues ever recorded. 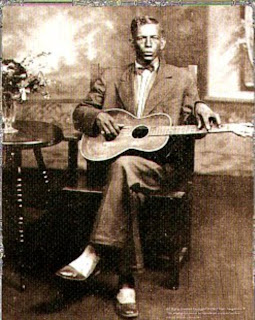 Patton was already a big star around the Mississippi Delta, having performed there for more than twenty years before his first recording session in 1929. During that first session, he recorded one of his signature songs, “Pony Blues,” which became his first hit and soon made him the nation’s best selling blues artist. Right out of the gate, Patton’s distinct, weathered voice commands attention on this track. It is a huge, powerful voice and Patton doesn’t hold back. This is one of his slower songs, which gives him the chance to stretch out some of the notes and imbue them with immense amounts of character. The song starts out very mellow, but his brilliant bottleneck guitar work soon becomes lively and varied, and his voice follows suit, covering an impressive range in the process.

“Screamin’ and Hollerin’ the Blues” features some of Patton’s best lyrics: “Oh Lord have mercy on my wicked soul / I wouldn't mistreat you, baby, for my weight in gold.” Even better than the lyrics, though, are all of the unexpected touches Patton adds. He starts with the basic twelve-bar blues structure, but makes many unexpected turns, including some atypical chord changes and spoken interjections. (“I know you wanna go, baby!”) Perhaps best of all, though, is the occasional thumping he does against his guitar, which gives the record an edgy urgency. 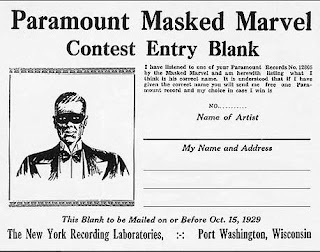 On “Mississippi Boweavil Blues,” Patton sings a steady stream of lines about the dreaded insect pest known for destroying cotton crops. (“Suck all the blossoms and leave your hedges square, Lordie!”) He punctuates each at the end with a few high notes of his guitar, then moves to the next line. The song drives forward for the length of the record without variation, creating a rhythmic pattern that picks up speed as the record goes on. By the time it finishes, it has become almost hypnotic, and its end leaves you wanting more.

Patton is mostly remembered for his emotive Delta blues songs, but he actually had a very diverse repertoire, as the playf “Shake It and Break It” shows. This upbeat record is Patton at his most fun, singing delightfully bawdy lyrics that play on the euphemism “jellyroll”: “You can snatch it, you can grab it, you can break it, you can twist it / Any way that I love to get it … My jelly, my roll, sweet mama, don’t you let it fall!”

~ You may also like a pair of gospel blues recordings (released under a pseudonym) that further show Patton’s range: Elder J.J. Hadley (Charley Patton), “Prayer of Death (Parts 1