The following selections are all about showing off. From breakneck piano playing to virtuoso guitar, the musicians on these recordings all have heaping handfuls of talent, and put it to excellent use. 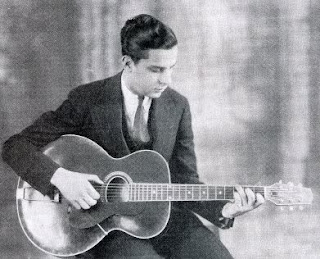 Lonnie Johnson was a brilliantly innovative guitarist who straddled the line between blues and jazz and had a profound influence on both. Some of his finest work was done with fellow jazz guitarist Eddie Lang. (Lang, who was white, was originally billed as “Blind Willie Dunn” on these recordings to appear African American because of the prejudice against racial integration.) Johnson and Lang move in perfect synchronicity on “A Handful of Riffs.” Johnson’s impressive, ever-changing improvisations are the obvious highlight, as he picks out single notes at a furious pace that redefined what jazz guitar was capable of. But Lang’s contribution should not be overlooked either. He creates a solid yet remarkably varied harmonic backdrop against which Johnson’s free-form playing sounds even more dynamic. Johnson made some solo recordings during his career as well, but while expertly played, they cannot compare to the dynamic he created when playing with Lang. 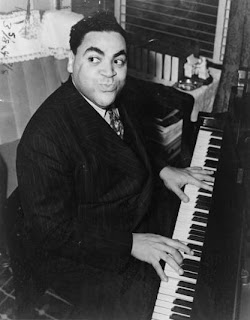 Fats Waller was one of the finest pianists of all time. He took lessons from James P. Johnson himself and was a master of the “stride” piano style that Johnson pioneered, surpassing even his teacher in terms of improvisation and overall mastery. He also composed a number of jazz standards, including “Ain’t Misbehavin’” and “Honeysuckle Rose.” “Handful of Keys” is one of his best early piano recordings, a full-steam-ahead masterpiece of complexity. Like Johnson, Waller’s stride playing sounds equal parts order and chaos, with hints of ragtime reshaped by rapid improvisation. To fully appreciate just how fast Waller is playing on this record, try listening at first just to his left hand playing the rhythm on the bass keys. That part alone would challenge the average pianist, but his right hand moves even faster playing the melody!

~ You may also like the original, solo piano version of Waller’s most well-known composition: Fats Waller, “Ain’t Misbehavin’” (Victor 22108, 1929) 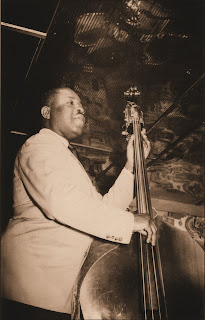 As the nation prepared to enter the 1930s, Kansas City was beginning to establish itself as the new hotbed of swinging jazz. Unlike the more sophisticated sound coming out of places like New York, Kansas City jazz was intentionally rough around the edges. It was straightforward and bluesy – and incredibly good. Walter Page’s Blue Devils were one of the best bands in the region, but only recorded two songs before most of the band (including Page himself) was absorbed into a rival band led by Bennie Moten. “Blue Devil Blues” is notable for featuring the recording debut of two of the greatest musicians of the Big Band Era: pianist William “Count” Basie and singer Jimmy Rushing.

Even more than that, though, this record is notable because it is simply fantastic. After a brief introduction by Basie, Oran “Hot Lips” Page plays a simple but effective, bluesy trumpet solo. This then gives way to a sassy, squeaking chorus on clarinet by Henry “Buster” Smith that is worth the price of admission by itself. Then Rushing enters, singing two verses in the “blues shouter” style that Kansas City jazz was known for, combining blues emotion and jazz swing. The song, like this band, ends far too quickly, but fortunately there would be plenty more Kansas City jazz records like this in the years to come. 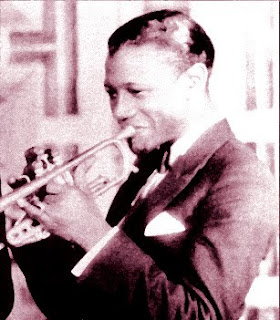 Jabbo Smith was one of the most gifted trumpet players of his generation, but he was never as prolific as his peers and the recordings he made with his Rhythm Aces were not well received at the time. That’s a shame, as those records are now recognized as some of the best of the period. The group’s first single, “Jazz Battle,” in particular stands above most of the competition. The record can be neatly divided into two halves, each featuring a series of solos divided and bookended by some fine ensemble playing. During the first half, Smith gets things moving with a short, rousing intro and is soon joined by the other three musicians in some whirlwind, anything-goes New Orleans style jazz. The players then take turns soloing: Omer Simeon on clarinet, Ikey Robinson on banjo, Simeon again, Cassino Simpson on piano, and then a short but forceful blast from Smith on trumpet. The solos stay pretty close to the established theme, but are well executed and enjoyable, especially Simeon’s.

In the second half, they start soloing again, but the style is looser and less predictable. Simpson’s piano dances to a cadence that invokes a funky Harlem stride, and Robinson deftly does likewise on banjo. Then, before Robinson has even finished, Smith enters with the record’s highlight solo, an amazingly agile display that cannot help but conjure comparisons to Louis Armstrong. Indeed, while no one could match Armstrong’s sheer virtuosity, and only Bix Beiderbeck at his best could rival him in tone, Smith proves himself Armstrong’s equal in terms of boldness and creativity. This is magic, and the fact that this and Smith’s other recordings failed commercially is both inexplicable and inexcusable.