In some cases, a song succeeds because of the subject matter and lyrics; in other cases, because of the music and performance. The following folk and country recordings succeed on both levels: whether conveying a timeless truth or an entirely original tale, they all entertain while telling a compelling story. 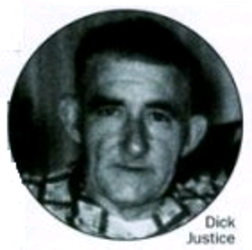 Although we tend to think of blues, country and folk as distinct traditions, they share a lot in common, and in the early part of the 20th Century it was not uncommon for rural white “country” music to incorporate elements from rural African American “blues,” and vice-versa. Until the folk revival of the 1960s, though, few white performers would come as close to an authentic African American style as West Virginia native Dick Justice. Although Justice also recorded traditional British folk ballads, it is his blues material that really stands out.

Justice’s style was greatly influenced by Luke Jordan, an African American folk-blues singer from western Virginia. In fact, Justice’s recording of “Cocaine” is an almost word-for-word retelling of Jordan’s “Cocaine Blues” (Victor 21076, 1927) and is sung – sincerely – from an Africa American point-of-view. Justice gives a winning performance. His voice and playing are simple but pleasant, and he narrates the song with subtle charisma. The relaxed pace of the record belies the wild nature of the lyrics, which tell a series of seemingly unrelated but equally scandalous vignettes: from a girlfriend who steals food for him to a furniture man who repossesses all of the narrator’s belongings. (“If there ever was a devil born without any horns / Musta been a furniture man.”) Of course, all of this craziness may be understandable in light of the occasional interjection, “I’m simply wild about my good cocaine!”

John Hurt straddled the line between folk and blues, creating a unique sound all his own. In “Stack O’ Lee” he tells what is considered to be the definitive version of the “Stagger Lee” (as it is more commonly spelled) tale, which was based on a true story. Hurt sings of Stagger Lee killing another man in an argument over a “five dollar Stetson hat,” and later being put to death for his crime. Hurt sings the sometimes violent lyrics in a beautiful, peaceful voice, and sounds comforting as he ends each verse with the refrain: “That bad man / Oh, cruel Stagger Lee.” His guitar technique is equally gentle, a deft, easy-going fingerpicking style that sounds nothing like his fellow Delta bluesmen. In fact, neither the record companies nor the public knew what to make of Hurt’s unusual, understated style, and his records sold poorly at the time. Compare this to the fiery Charley Patton or Tommy Johnson, and you can perhaps see why. But listen to his music on its own merits today, and Hurt’s talent and influence are undeniable. 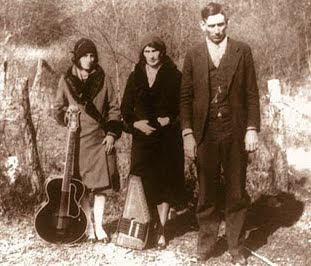 This Carter Family classic tells the story (based on true events) of a man who flees after committing murder, but is caught and ultimately hanged for the killing. Sara sings it in a little higher register than normal, and combined with Maybelle’s upbeat guitar, it gives the song a sense of lightness that belies the serious subject matter. Rather than being a song about murder and crime, it ends up being a song of redemption, as John Hardy ultimately finds peace in God before his execution, telling his wife: “I'll meet you in that sweet bye-and-bye.”

This is a simple song of lost love sung by Sara in her trademark low, melancholy voice. The record begins with regretful narration: “It would been better for us both had we never / In this wide and wicked world had never met.” But the narrator cannot forget her lost love, admitting that she thinks of him often, “And I wonder if he ever thinks of me.” Sara’s plain-but-compelling voice is as strong as ever, and A.P. does a wonderful job singing the restrained harmony. His voice is buried behind his wife’s, and even behind Maybelle Carter’s steady guitar work, but he has just enough presence to subtly convey that a similar sense of heartache might exist as well on the other side of the failed relationship. 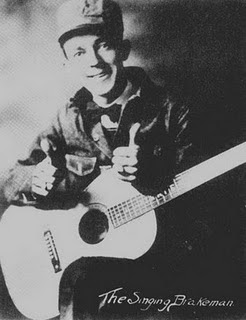 In 1929, “steel guitar” (so called because of the steel slide used to play it) was seen as a novelty instrument associated with Hawaiian music. As with so many other things, we have Jimmie Rodgers to thank for making it a mainstay of country music, beginning with this classic recording. In fact, Rodgers loved to experiment, and also added jazzy cornet and clarinet backing. It turned out to be a stroke of genius, as the unusual mix clicked with listeners and made the record a hit. The entertaining lyrics and Rodgers’ pleasant, expressive voice didn’t hurt either. Rodgers’ trademark yodel is only heard briefly here, but yodeling wasn’t his only feat of vocal gymnastics: the opening train whistle sound is all him.

Almost nothing is known about the Bently Boys, but this song about the difficulties of life as a sharecropper is simply marvelous, and would prove influential. (Bob Dylan, for example, took inspiration from it when writing “Maggie’s Farm” in 1965.) The lyrics tell the story of someone who rents a portion of a farm, but can’t earn enough from working that farm to pay the rent he owes: “[George Penny has] got to have his money or somebody's check / You pay him for a bushel, and you don't get a peck.” The singer has a pleasant and compelling voice, and the sound quality is excellent for 1929. Between each of the verses, the banjo repeats a simple but entrancing passage. The repetition of this banjo part conveys the endless-cycle nature of the work, and yet it is so upbeat and catchy that despite the hardship conveyed by the lyrics, the record ends up being a joy to listen to.