Two of the biggest hits of 1928 came straight from the stage. Both reflected the musical trends of the day by featuring jazz arrangements and scat singing. 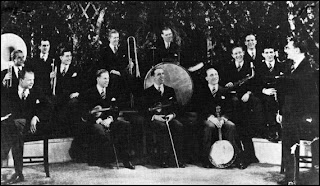 This song was written by Cole Porter, one of the greatest songwriters of the jazz age, and was featured in his Broadway musical Paris. Aaronson recorded the song twice in 1928, first with French singer Irène Bordoni, who had sung it in the stage production, and then this wonderful version with Phil Saxe on vocals. (Helen Kane also had a hit with it that same year.) The song is wonderfully crafted, with lyrics that are simultaneously witty and endearing, not to mention a little risqué: “They say the spring means just one thing to little love birds / We’re not above birds / Let’s misbehave!” The song is clearly in the jazz column, and although it lacks improvisation or technical virtuosity, there are some wonderful moments. Chief among them are the scat sections, where except for the pianist the band members put aside their instruments and carry the melody by singing nonsense syllables. 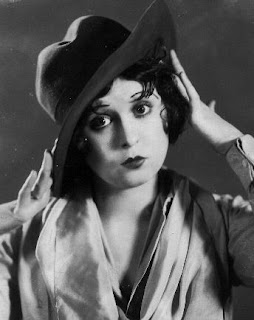 Helen Kane had a unique, child-like singing style that makes her work instantly recognizable. This song, taken from the Broadway musical Good Boy, was one of the top hits of 1928, and Kane’s performance of it forever earned her the title “Boop Boop Ba Doop Girl.” (It also directly inspired the popular Betty Boop cartoon character.)

The baby voice can be distracting, but hidden underneath the novelty is a fine vocal performance with more subtlety and range than Kane often gets credit for. And her “boop boop” scat singing is amazing. The playful baritone saxophone part is also a very nice touch, providing a vivid contrast to Kane’s high-pitched voice.