After a breakout year in 1927, Duke Ellington’s orchestra established itself as the nation’s premier big band in 1928. They recorded prolifically, often releasing the same song on several different record labels at once under slightly different band names. Included among the many offerings were the following three all-time classics. 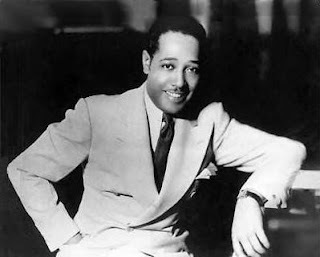 This December 1927 recording of “East St. Louis Toodle-Oo” on the Victor label was actually Ellington’s fourth version of this song, having previously recorded it in 1926 for Vocalion (catalog no. 1064), and in 1927 for both Brunswick (no. 3480) and Columbia (no. 953-D). It was one of his signature songs, and he would continue to record it throughout his life. All of these early versions are outstanding, and I was tempted to include the original 1926 Vocalion version on this list just because it was first, or the Columbia version because it had been a big hit. But in the end, the Victor version is just so perfect that I had to focus on that one.

The Victor record is slower and more deliberate than the previous versions, which allowed the musicians to explore the character of the music to greater depths. It begins with an ominous theme that paints a bleak backdrop, against which James “Bubber” Miley interjects a tense, muted, growling trumpet solo. The key then changes and Miley’s trumpet loses its growl and becomes upbeat, but the growl soon slips back in and the backing music turns ominous again. After this, the song progresses through a series of other sections, each with its own distinct personality – and some quite upbeat. The trombone solo in the middle, for example, sounds like a carnival, and the full-band section near the end sounds like Dixieland. But that ominous theme never completely goes away and the song returns to it again and again no matter how happy-go-lucky it may temporarily get. And at the very end, Miley's trumpet returns to close the song brilliantly with another growl.

In the album era, Ellington would be able to create longer recordings, but even then he would have a hard time packing as much variety into one record as he packs into the 1928 Okeh version of “The Mooche” (the first of many versions of the song he recorded around that time). Each section of this record is wonderful on its own and slides effortlessly into the next. Ellington’s “jungle sound” is still in full effect here, as the song opens with another ominous theme and more growling trumpet from Bubber Miley. After 45 seconds of this, the song shifts to a bright, full-band sound, then segues into a mellow exchange between clarinestist Barney Bigard and guest guitarist Lonnie Johnson. Next comes Baby Cox growling a sassy, scat vocal refrain like she was another instrument. After an equally feisty trumpet solo from Miley, the opening theme then returns for the final 45 seconds, and the song fades to a gentle close. 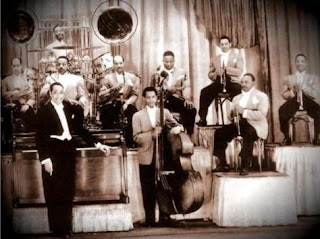 Ellington recorded this beautiful tune no less than three times in 1928. He did full-band versions for the Brunswick (catalog no. 4009) and Victor labels in March, and then did something he rarely did: a solo piano version for Okeh in October. This is a classic no matter which recording you choose, and the solo recording is so unique and lovely that it should be heard, but the Victor record is the best version ever and hands down the best big band recording of the 1920s.

This has a much lighter feel to it than the band’s previous “jungle” work. The instruments are lively and the interplay between them is fantastic. The brass instruments start things off with various interpretations of the melody, and while the trombone and trumpet still have a little growl, they sound more playful than dangerous. Next comes the Duke himself on piano, engaged in a very lively exchange with the thumping bass and drums. Ellington isn’t normally known for his playing as much as his leadership, but here he swings like mad. A lighthearted clarinet solo follows, and then we return to Miley’s muted trumpet for the final notes.

~ You may also like that solo piano version, which really gives a completely different perspective on this song: Duke Ellington, “Black Beauty” (Okeh 8636, 1928)