The following selections show swing music blossoming in terms of both style and substance. These records are among the best of their era for balancing mass commercial appeal and artistic integrity.

In other words, they are really, really good. 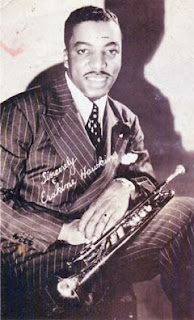 Glenn Miller had a bigger hit with it in 1940 (Bluebird B-10612), but co-author Erskine Hawkins’ original is the definitive recording of this classic. The song gets its title from the nickname of a jazz club near the band’s hometown of Birmingham, Alabama, but this record transcends any tangible location to create a magical place all its own.

Although Hawkins was a gifted trumpeter (often called “the 20th Century Gabriel”), it was fellow trumpeter Wilbur “Dud” Bascomb that took the memorable solo on this record. An audible wave from Bascomb introduces you to “Tuxedo Junction,” and it’s such a welcoming place, you’ll want to stay awhile. After a relaxed introduction to the band and a hearty hello from Julian Dash on tenor sax, Bascomb returns to show you around. His trumpet solo is both rousing and endearing, filled with genuine warmth and joy. As it ends, one cannot help but feel that the song has passed its high point, and yet Haywood Henry’s clarinet soon proves that notion wrong, enthusiastically showing the listener another side of “Tuxedo Junction” – one that is every bit as captivating. Bascomb returns at the end to wind things down and say goodbye. Trust me, you will want to visit again.

~ You may also like another mellow hit from Hawkins and company, featuring some wonderful piano playing by Avery Parish: Erskine Hawkins and His Orchestra, “After Hours” (Bluebird B-10879, 1940)

Don’t let the overall smoothness of Charlie Barnet’s “Cherokee” fool you: this band is dangerous. They are razor sharp and full of attitude, and while you may feel enchanted by the irresistible melody, a closer listen reveals that they never stop hitting you. Listen to the way the saxophones strike with short, staccato bursts and the horns repeatedly give a wah-wah whine during the opening solo. The same brash assertiveness continues throughout, with every smooth main melody backed up with saucy attitude from elsewhere in the band. Among the smoother parts, Barnet himself is particularly alluring on tenor sax, with a polished playfulness that touches the line of squeaking dissonance without ever crossing it. This record is a true classic of the genre and an indispensible part of any serious swing music fan’s collection.

“Woodchopper’s Ball” was Woody Herman’s triumph, a flawlessly executed record that sizzles excitingly throughout while going down soothingly smooth. The uptempo blues is almost a head arrangement built around a simple riff, but a high degree of coordination between the instruments yields an extra-polished finish. The solos are gems and each is given a good deal of time to develop: clarinet, trombone, tenor sax, trumpet, and finally a duet between piano and bass. The record built up a following slowly, but eventually became Herman’s biggest hit and – deservedly – vaulted him into superstar status. 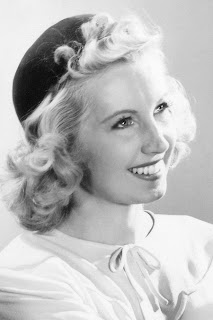 Benny Goodman and His Orchestra featuring Martha Tilton
“And the Angels Sing” (Victor 26170, 1939)

“And the Angels Sing” was the biggest hit of Martha Tilton’s career and another huge hit for Goodman. Tilton’s plush voice is heavenly, to be sure, and benefits from terrific lyrics by Johnny Mercer: “You smile and the angels sing / And though it’s just a gentle murmur at the start / We kiss and the angels sing / And leave their music ringing in my heart.” If you listen closely as she sings, “You smile,” you can actually hear her smile in a wonderful bit of showmanship. But Tilton’s singing is only half the story. The orchestra itself provides tight accompaniment throughout the first half, and once the vocals end, Ziggy Elman (who wrote the music) bursts free with a tremendous trumpet solo. It begins with a fast, Yiddish-inspired dance interlude over a driving march beat, and then slows suddenly to end as a soaring, inspiring jazz solo as the full orchestra sweeps back in behind him. As heavenly as Tilton was, it is Elman’s trumpet at the end that truly represents the angels singing.