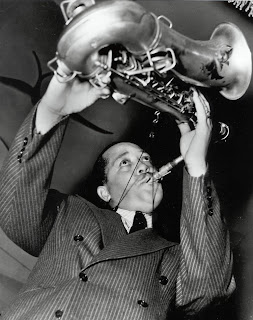 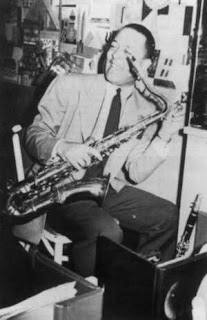 ~ You may also like the 1938 small group recordings of Basie’s sidemen (recording without the Count for contractual reasons), including this number featuring Lester Young on both tenor sax and clarinet, as well as Eddie Durham with a groundbreaking performance on electric guitar: Kansas City Six, “Way Down Yonder in New Orleans” (Commodore 512, 1938)
Posted by Rico Detroit at 6:00 AM