Part of the charm of early string band recordings is their amateur nature. Many of the acts were not full-time musicians and paused their normal lives as farmers, miners and housewives just long enough to earn a few dollars recording a few songs they knew. Music was a pastime for them, not a lifestyle – but that is not meant as a criticism, for many were quite good and the passion and individuality they displayed more than compensated for the occasional missed or off-key note. Somewhere along the line, though, rural audiences developed a taste for more polished music, like that performed by Jimmie Rodgers and his imitators, and that old-time style of string band music started to lose popularity. It would not fade away completely, but it would definitely evolve to meet the public’s changing taste. The next two recordings happened at that juncture, signaling a last gasp for the traditional while offering a glimpse at what lie ahead. 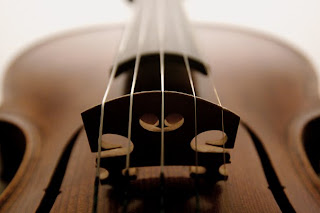 Although their origin was similar to other Kentucky family string bands, John “Dad” Crockett and his children were able to find success as professional musicians after moving to California. Their experience working in both radio and vaudeville helped them refine their sound and expand their repertoire beyond traditional Kentucky mountain music. Nowhere is that more apparent than their classic record “Little Rabbit,” recorded in New York City for Crown Records. This tune may be straight from the mountains, but the execution shows a level of sophistication not often heard in such music. The playing is flawless, with the kind of tight interaction between fiddle and banjo that comes from being intuitively in sync. Although it is not bluegrass, it certainly provides some foreshadowing and shows that fast-paced Kentucky string band music was ready to evolve to that next stage. The inclusion of Jew’s harp in some sections of the song is a fun and entertaining touch and a welcome addition to the usual string band instruments.

~ You may also like the Kentucky fiddling of Andy Palmer: Jimmie Johnson’s String Band, “Shipping Port

On its surface, “Mineola Rag” is an uptempo ragtime played expertly by a four-piece string band, but a closer listen reveals a surprising amount more depth. In music-rich Texas, the quartet was surrounded by a variety of styles, and they clearly adopted some of those influences. Left-handed fiddler D.H. Williams plays with speed and precision, but with a mellow, bluesy tone rather than a sharp attack. Henry Bogan played staccato notes on a three-string cello, in a style that at times perfectly imitated the jug in a jug band. And the rhythm section of Cloet Hammond on guitar and John Munnerlyn on banjo moved together like clockwork, reminiscent of swinging jazz. In fact, that prominent rhythm section and the overall interplay of these instruments would be influential in the development of a new style that would soon dominate country music in the southwest: western swing.

~ You may also like: East Texas Serenaders, “East Texas Drag