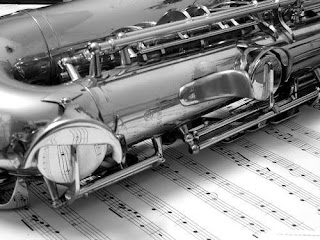 I played the saxophone (poorly) for a couple of years in high school, but I’m not really a musician. And while I’ve read a lot of music books and websites, I’ve never written about it before and I don’t consider myself a music critic. In fact, if you have come to this blog expecting a critique, you will be disappointed. There are plenty of scholarly dissertations on this subject already, and I have no intention of adding another one.
But where this blog fails to dive too deeply into musical theory and technique, I hope it will succeed as a listening companion. I am nothing more nor less than a fan, and I try to write from the perspective of someone who just wants to listen to this music. Because while the back-story can often be interesting, there is no doing justice to the actual experience of the music itself.
That’s exactly what I have done for the past several years: listen to everything I could get my hands on. And – in another sign that I’m not destined to be a critic – I’ve loved it all. From Bill Monroe to Nine Inch Nails, and from Jay-Z to Barry Manilow, I have always found something that would make me tap my toes.
What I am trying to do now is to present the very best of it. I will include a few comments for each selection, describing why that recording is worth listening to. I will try hard not to bog those comments down with trivia or philosophical musings, instead focusing on the actual experience of the music. To me, it doesn’t matter whether or not the artist has good looks or “street cred” or supports the right political causes. And it doesn’t matter whether the critics love them, or whether they have sold a lot of records. All that matters is: does the music move me? 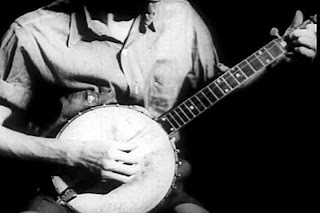 I have chosen to focus specifically on the “American” music tradition, concentrating on such modern, popular music styles as blues, country, jazz, rock and hip hop. These styles all share common roots, having evolved out of the unique cultural environment that existed in late 19th century America. At that time, the Civil War had just ended, slavery had been abolished, and the United States stood poised to lead the world in the most amazing technological transformation in history. In the space of a single century, life would be utterly transformed: we would go from a mostly rural, racially segregated nation to a hyper-connected, multicultural one.
The music captured all of this, and understanding how and why the world was changing can make listening to that music all the more enjoyable. For that reason, I have chosen to list recordings more or less chronologically. I will also list a few of the more noteworthy headlines from each year to show what was on people’s minds when this music was created and heard for the first time. You can appreciate early rock and roll without knowing that it got its start at the same time as the civil rights movement, but understanding the latter will help you understand in part why the former caused such a stir.
I will try to list all recordings according to the year in which they were first released to the public. In some cases, this is not the same year that the recording was actually made, so I will have to make some judgment calls. For example, I intend to list all live recordings according to the date of the actual live performance. And for the earliest recordings, it is often difficult to tell when they were released, so I may tend to stick with the actual recording date for those.
In addition to chronological order, “listenability” is important. I want to demonstrate the underlying connections between all of the different styles of American music, and so the recordings will be sequenced in such a way that each song shares something with the songs that precede and follow it. An upbeat jazz recording might flow into a slower, bluesy jazz, which then flows into straight blues. Or the same swinging jazz could flow into a western swing number, and from there move to a traditional country song.
In the end, I will attempt to chose the sequence that flows most naturally. I’ve already programmed the entire first-draft list into my iPod. And while it took a couple of weeks to get through the entire thing (it would take nearly a week without sleeping to listen to it straight through), almost nothing sounded out of place. Bebop, rock and roll, punk and hip hop may have all sounded revolutionary, but in the right context they are actually pretty natural evolutions.
But please don’t take my word for it. Track down these recordings, listen and experience this music for yourself!