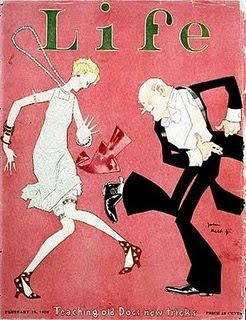 As the 1920s began, the technology to record and replay music had been in existence for 43 years, and yet only a limited cross-section of the musical landscape had been recorded. As the technology improved and costs decreased, however, an increasing variety was finally captured on record. African American artists, so long ignored, would slowly make inroads after Mamie Smith’s 1920 record “Crazy Blues

” proved that there was a market for “race records.” The next couple of years would see a smattering of additional recordings by African American artists before the floodgate would finally open in 1923.

The situation improved even more in 1925, when recording technology finally evolved to include electronic microphones and amplifiers. These devices converted sound waves into electrical impulses, which could then be recorded with greatly reduced distortion and a widely expanded frequency range (higher highs and lower lows). Although quality would continue to be limited by the materials and process used to duplicate the records, for the first time, music could be recorded and preserved that matched the quality of live radio.

By 1927, the medium had really gained momentum, and the volume and diversity of recorded music being produced was outstanding. Those unfamiliar with the music of this period will find an amazing array of lost treasures: from blues and folk music styles that once flourished but have since been lost, to sophisticated jazz made by some of the most talented musicians who have ever lived.

It would take the Great Depression, which began suddenly at the end of 1929, to slow down the creative momentum. Fortunately, the output of all of that creativity was at least partly captured on record and is still out there waiting for you to discover it again.
Posted by Rico Detroit at 12:00 PM